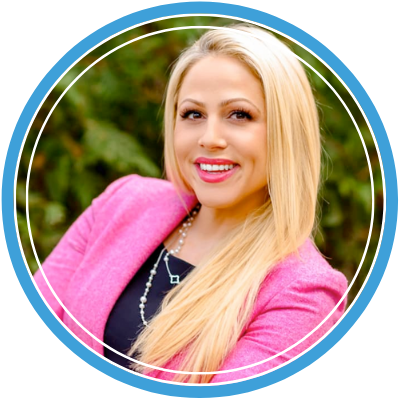 Interestingly, how adults learn information stays the same regardless if it’s a new technology, a new language or advancing another skill. So, whether you’re trying to enable a channel on a new product, influence buyers to click on your website or teach your internal teams to talk about business-relevant solutions, the same principles to learning apply.

1. There’s nothing small about micro-learning.

1. There’s nothing small about micro-learning.

The idea of mico-learning, or learning in small increments, is backed by powerful science. While neuropsychologists have long known about the brain’s neuroplasticity, it’s equally known that you can overload the brain with information. Moreover, factors like time in between learning sessions (known as the spacing effect), personal experiences one can chunk information to and motivation can all positively influence micro-learning.

According to the famous study by Hermann Ebbinghaus on the forgetting curve, the results which were replicated in 2015, we forget 50% to 80% of new information within a few days after the learning event or session. However, Ebbinghaus found that we tend to recall more information (and forget less) when our learning is spaced out across time. Similar studies show that micro-learning can significantly improve long-term retention.

Not to get too nerdy, but studies on learning show that parceling out learning into bite-sized chunks allows the information to encode into long-term memory. If you really want to geek out on this, check out studies that have been done on spacing repetition.

So, what’s the hack? I recommend 30-minute sessions or less with a 10-minute break in between learning sessions if they are live and eight minutes if they are recorded. Other sources recommend not exceeding an hour. At my company, we find that micro-learning can even be as short as five to 13 minutes. The breaks are particularly important as a factor. When shaping behavior or teaching a new skill, behavioral psychologists first look to the learner and their motivators to learning. Similarly, when deciding how long to design micro-learning sessions, make sure to assess your audience and their motivators. It’s just science (behavioral science really).

When we learn and truly master a skill, we learn to generalize the information. For instance, a sales team that truly understands a use case can apply it to any vertical because they’ve generalized the information to be able to see the overlaps and parallels to their client at hand.

When generalized information becomes rote to us, we have a fair amount of muscle memory built up around it. Think of those expert-level speakers or brilliant minds that seem to be so natural and fluid with a topic or skill. That’s muscle memory. And nothing builds muscle memory like practice.

In fact, a famous study by K. Anders Ericsson and others, revealed that there is seemingly no limit to memory performance with practice. Science has long understood that our short-term memories, on average, can store seven new pieces of information, give or take two. In Ericsson’s study, the subjects were able to increase their memory span from seven to 79 digits and, when their memories were later tested, they tested the same as experts with lifelong training. Interestingly, subsequent studies on athletes found that even where the athlete was just running through a play in their mind (but not physically moving) their brain fired as if it was physically doing the play.

I could go on and on about this, for the studies and implications are fascinating. But I’ll spare you for now and get right to the hack: Ericsson’s study demonstrates that practice really does make perfect, or at least is superior to other methods of learning.

Adults learn very differently than children learn. Particularly, adults learn more selectively by taking advantage of what they already know and building upon it (an effective way to accelerate learning, known as chunking). In fact, learning speeds up even more for adults when they engage in what’s known as transformative learning, or the act of using critical thinking to challenge and form personal opinions from what was learned.

Repeatedly, science shows us that learning is quicker and better when the brain actively applies the information to real experiences. In part, this is because the brain relies on experiences to learn, chunking information and expanding on prior knowledge. Studies, like those found in Theo Hug’s Didactics of Microlearning, repeatedly show that whenever critical thinking and practical application are involved in the learning process, the human brain is actively learning more effectively and efficiently.

So, ready for the last hack? Connect new information to existing businesses, clients or personal use cases to learn better and faster than ever. The faster you can apply information to personal experiences, the better. And for those overachievers who really want to amp up their learning, form your own opinions, conclusions and generalizations about the information to really make it stick in your long-term memory.

Apply your learning hacks to business.

Apply your learning hacks to business.

As someone who works closely with global organizations on their go-to-market and enablement, don’t underestimate the power that learning has on our behavior. As mentioned earlier, whether you’re trying to enable a channel, influence buyers or teach your internal teams, this information applies to you. The more you understand why people behave the way they do and how to influence their learning, the more powerful your go-to-market and enablement will be.